Leadership is a funny thing. You don’t need to be a Leader to be a ‘leader’.

On Twitter, Brendan from Mallacoota, who is sending out information by live tweeting, is an interesting example of an unexpected community leader now representing his community in international media. However, we do have certain expectations of our elected and paid Leaders.

We expect compassion, empathy, decisions and action.  We expect them to be there. In some way at least.

Forgetting about climate change as a hot button topic for a moment, the actions of the PM can barely be seen as leadership. Not when the country is burning, and the deaths are mounting. Not when people need some hope. No matter what’s going on behind the scenes, he’s been absent.

Sure, as a country we need someone to blame for this horrific situation.  That’s very Australian, and in emotional times, that’s understandable. Rest assured the fingers of that blame will spread once the response for the fires is more controlled, and community and media have time to question more fully what’s occurred. But if you’re not there, physically present, you can’t feel it and you can’t see it.

The PM’s flippant comment about not picking up a fire hose is nonetheless correct. In an operational sense, you don’t want interference. But in my experience, feeling and hearing what’s happening on the ground and what people need is one of the best ways to be informed.

You have to pick your time. I’ve seen it done brilliantly during the Hazelwood Mine Fire in 2014, and the Wye River/ Kennett River fires in 2015 with the former Emergency Management Commissioner. Currently, the RFS Commissioner is, day after day, seen to be operationally present at State level and on the ground in New South Wales.

Victoria’s Premier and Minister Emergency Services are seen to be steady, informed and interested. The insights they gain will help further inform the decisions they are being asked to make by government agencies, departments and communities.  At a more basic level, communities can see they are listening.

I’ve seen the media clips with the PM being abused on the ground. His interest is too late and these communities feel betrayed. It doesn’t feel authentic and Aussies hate that.  You must be authentic and know what you’re talking about. Now more than ever, our leaders across the nation have to rally behind our communities and show a collective, united and genuine leadership.  Our communities need it. And they won’t stop needing it for a very long time now. 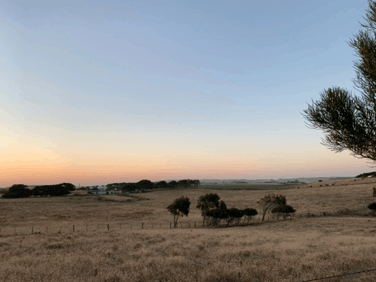 What will be new about this New Year?

What will fire teach us this year?
Scroll to top