Our main storytellers have not been compelling this far into the COVID-19 crisis.

It has become a standard criticism that the messages being delivered – or that we have been hearing – are confusing, not strong enough, contradictory, not cutting through, not logical, based on economics and not health.

This has no doubt contributed to uncertainty, the fear, the “she’ll be right” attitude of some.

In the past five days it feels like there’s been a shift.  “If you can stay home, you must” in Victoria is coming in a little stronger in social media and the media, with those who flaunt it being shamed or penalised.

It shouldn’t be a blame game in the community, but that lack of initial clarity and the fear will continue to drive it.

An emergency management pal of mine mentioned the outcomes of Victoria’s last pandemic – H1n1 in April 2009, which was before my time in emergency communications. She indicated there wasn’t as much panic then despite deaths.

What’s different from then to now? Social media and ‘community’ experts.

In the past five weeks, the amount of times we saw people running out of toilet paper was funny at first. But I bet all of us followed that up with the thought “maybe I should go get some”.

The Victorian Chief Health Officer hit a home run yesterday with his tweet calling the behaviour of those congregating at the beach as “crap”. Better yet, he went on to explain why that was a problem and the consequences (deaths).

However, the response varied between agreement and the strong opinion that people shouldn’t be blamed when there has been such confusion across governments in the advice being provided.

It’s no doubt true that integration of communication is somewhat easier to do when it’s one State – harder to do across the nation and the world in differing timeframes and circumstances.

We’ve seen the disastrous effect of that not occurring in the past few weeks and the impact on the opinion of the community about those in leadership.

There’s a lot that can be said on communicating during a crisis and a number of people who do it extremely well. It’s not just a talent; it takes hard work and experience.

I spoke last week to The Mandarin on communicating in crisis, and my main points were around leadership, communication, innovation and opportunity.

In an emergency, leaders aren’t permitted to fail because the community (and Twitter) have very little tolerance for failure.

Communicators are only as good as the information they have. Comms 101. They should be in early. Leaders need to listen and respond to their communication people.

Good communication practitioners will reflect the community concern and response and positioning required to address same.

And to do that communicators need to continually check whether the crisis communications are actually getting through to the community (social distancing/physical distancing…).

In the case of COVID-19, it’s abundantly clear that the messages – to this point – weren’t/aren’t.

Easier said than done, I know. But pick up the phone to community, innovators, partners, corporates.  Make them all your partners.

The system/product/new procedure you know would take months to get going in normal times can happen incredibly in a crisis-timeframe.

Communicators don’t always get this opportunity. In times of emergencies you get the permission to do things differently.

Or get the wheels going and ask for forgiveness later……

Can’t help but wonder if we’re on the cusp of that. 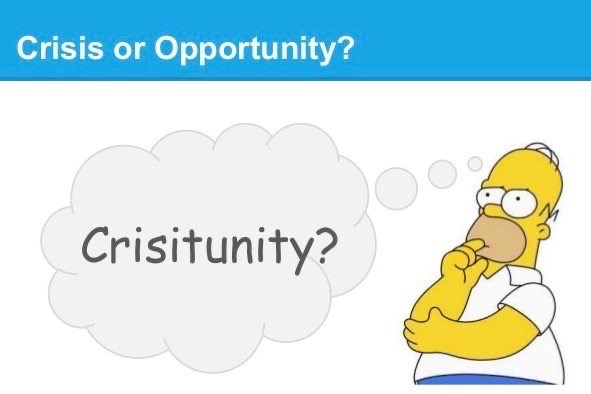 Dazed and confused in an era of fear, I want more than toilet paper

Part one. Are we there yet?
Scroll to top